Review: “Be careful with this one, because you might end up eating away an entire afternoon playing.” http://t.co/IcpmvX86

If you were previously stuck in the noob spawning area because you had a LawyerCat quest instead of a LobbistSlug quest, that’s now fixed

Ok, server back up, with extra error handling and some debug info that may help me figure out the intermittant slug spawning issue.

The latest build adds two things.  First, there’s a new mob which doesn’t attack you but only gives you limited gold.  It currently only exists in the newbie area, but I’m considering having it spawn in the wilderness too.  This should hopefully make it easier for new players, so they don’t have to worry about learning to defend themselves right away. 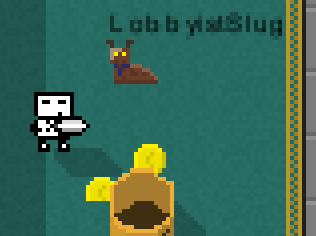 J0pak95 made a youtube timelapse of building his mansion, neat! http://t.co/YRz0d1uq 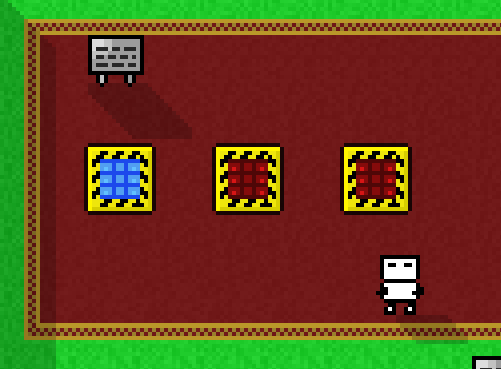 I have just finished creating Teleporters, a frequently requested object.  They are live on the server right now, can now be built by anyone!

How do they work?

Just stand on top of a blue one and press ‘E’ — you’ll be instantly teleported to its linked teleporter.  Red teleporters have not yet been linked.

How to build one?