Thanks to all who joined the achievement meetup.  We poked at maze a bit before doing some spider:

Also, someone asked about bandwidth during the event, so here you go:

You can see where we started doing pvp 😉

A bunch of meetups over this past weekend:

We had ~41 people online. Met at the social club, plus some zombieism pvp, and a livestream look at some areas in the old 9bitmmo test client: 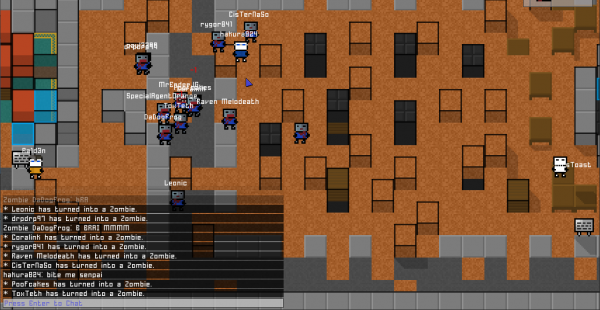 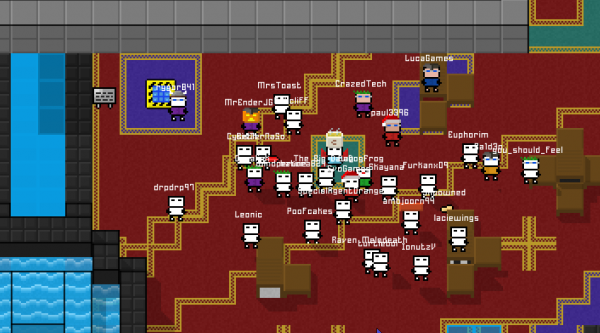 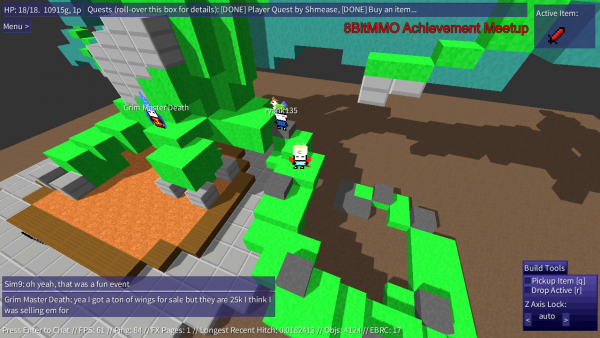 Also on Saturday, there was lots of good Q&A and some competition for high score on Durgon Pinball: 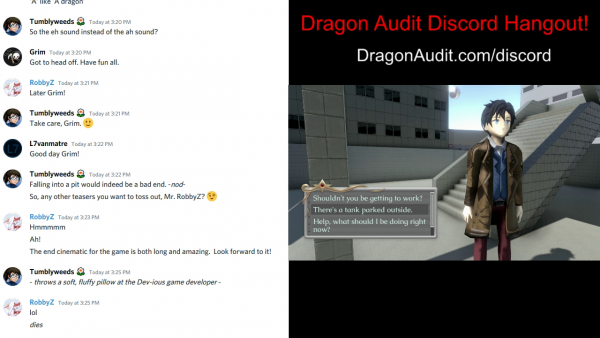 On Sunday, I played through the first part of Dragon Audit, while community members BigApplePie and Scratso provide live voice over. Skip to 3:39 for start of game

Thanks to everyone who participated in the meetups over the weekend!

In order to clean up old accounts so the server uses less memory (part of an upcoming server migration), I’ll be wiping inactive characters soon.  This mostly affects ancient accounts that were never used much.

Characters which meet ALL these criteria will be wiped (all below conditions must be met):

The wiped character’s inventory will be deleted; any placed objects in world will be reassigned to a pooled character.

As most serious players built more than 20 objects, this primarily only affects the accounts which were created and quickly abandoned.  However, if you’re worried, simply do a quick login on the server(s) you wish to keep your character data on.

Update 3/13: The inactive character wipe is now complete. Between that and some other optimizations, server is now using way less ram and can reboot much more quickly than before. Looking good for upcoming server migration.

Two updates for the 9BitMMO client today in build 2055:

You can now press F6 to enable free camera mode to fly around — great for taking screenshots/videos of your creations.

Use W,A,S,D to move normally. Q,E to go up/down. And hold shift to go fast.

You can press F5 to enable Glitch Mode, which will every once in a while render glitch artwork correctly.  This comes at the cost of a) much lower framerate, and b) making everything else render incorrectly.  The long term solution is probably smaller blocks to do glitch artwork ‘properly’, but in the meantime you can get some nice renders using this technique: 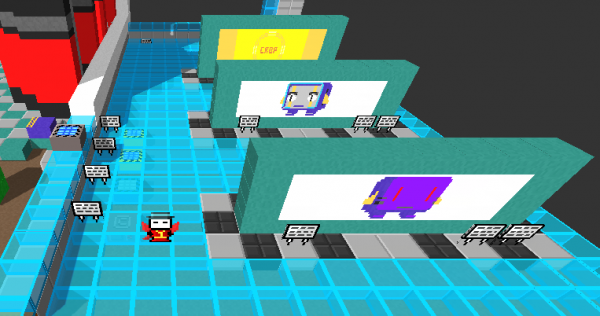 It tends to work most frequently in the normal camera mode (no rotation mode).

Two issues fixed on 9BitMMO.  First, sometimes the game would crash in certain areas due to underground objects.  Second, sometimes transparent objects had a box around them.  Both are now fixed. 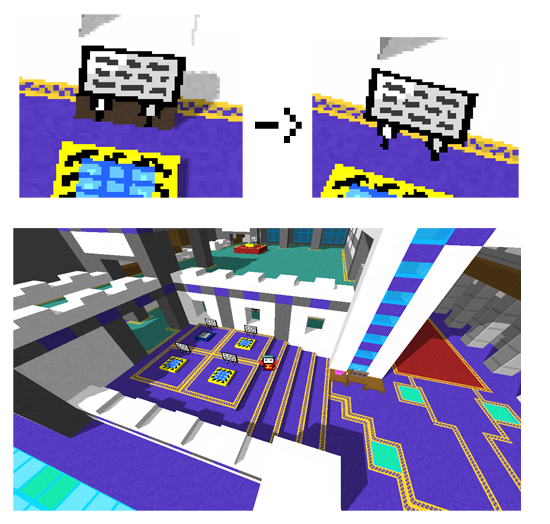 Following up on some of the planned security improvements I discussed earlier, the backend now uses a new, more secure password hashing system (Blowfish with random salt).

Both 8BitMMO and 9BitMMO have been updated to support the new system.

As always, please let me know if you spot any new bugs as a result of this change. 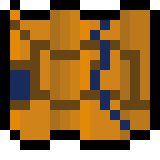 The new =68 map is created and ready to go!  Everyone can access it, regardless of level, via the telepad hidden away at the southwest of Root.

This map is more build-focused, and as such does not spawn mobs and has a totally flat terrain.

While everyone can view the map now, no one can build until their Landrush phase opens up.  If you try to place before your Landrush slot opens, you’ll get a countdown of exact time remaining.  Here is the schedule for landrush:

It’s important to keep your 8BitMMO account safe.  Lately, some 8BitMMO accounts have been targeted for theft.  Please take the following steps to ensure the safety of your account: